This combo edition features the best new film releases still in theatres from April and the highly-anticipated May films coming soon. See below for the Top 4 films on my radar as well as an extra list of releases for a great mix of action, comedy, fantasy, drama and historic films.

The Fate of the Furious is the eighth installment in The Fast and Furious franchise featuring the return of the massive star-studded ensemble cast of Vin Diesel, Dwayne Johnson, Jason Statham, Michelle Rodriguez, Kurt Russell and many more. The story follows Dominic Toretto as he is manipulated into helping cyberterrorist Cipher, played by the incredible Charlize Theron, and forced to turn on his family. Dom’s team works with “Mr. Nobody” and a few other familiar faces as they try to bring Dom back and stop Cipher from starting World War III. Personally, regardless to how ridiculous the action scenes and cheesy lines are throughout this franchise, I will always love and will want to see each new release as long as they are being made.

Guardians of the Galaxy – Vol. 2 is the highly anticipated sequel to the 2014 superhero film Guardians of the Galaxy featuring the return of the incredible ensemble cast of Chris Pratt, Zoe Saldana, Bradley Cooper, Dave Bautista, and Vin Diesel. The story follows the Guardians as they travel through the galaxy to help their leader Peter Quill find his father and to once again save the universe. I absolutely loved the comedic elements of the first film and I CANNOT WAIT to see Baby Groot in action! To say I’m anxiously awaiting the night I see this film is a massive understatement.

Baywatch is an action-comedy film remake of the TV series of the same name. The story features the big and buff Dwayne Johnson as leader of the lifeguard squad Mitch Buchannon as he adds ex-Olympian and new recruit Matt Brody (Zac Efron) to the team. The crew work to disrupt the drug trafficking operations of the new club owner on their beach. I love Dwayne Johnson in pretty much anything he does so I’m eager to see how he brings his spin to the iconic series. Plus, I can’t wait for the one-liners and hilarious inevitable slow-mo running sequence.

Pirates of the Caribbean: Dead Men Tell No Tales is the fifth installment in the Pirates of the Caribbean fantasy franchise starring Johnny Depp, Kevin McNally and Geoffrey Rush in their reprised roles as Captain Jack Sparrow, Joshamee Gibbs, and Hector Barbossa. The story follows Sparrow as he is hunted down by an old enemy, Armando Salazar, played by the brilliant Javier Bardem. Sparrow and his allies must seek out the ancient and powerful Trident of Poseidon in order gain control of the seas and stop Salazar from killing all pirates. 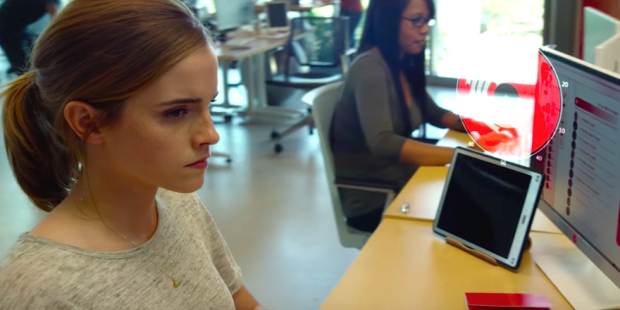 ‘Everything, Everything’ [Credit: Warner Bros. Pictures]

Which film are you going to see in theatres this month?