October has already released several exceptional films, with a few more coming out at the end of the month! As usual I have chosen to feature two films that I am the most excited for, as well as a list of extras for those of you looking for a different vibe this month.

Goosebumps … am I right? I am currently reading The Martian by Andy Weir, which is the novel that has been adapted into the film that this excellent trailer is highlighting. During a severe storm on a manned mission on Mars, Mark Watney is injured and presumed dead by his team and therefore left behind on a hostile planet. Mark has to use his incredible intelligence and innovative nature to use the meagre supplies he has left in order to not only find a way to communicate with NASA but also to survive long enough that he make his way home!

I personally have been laughing and crying alongside each turn of the page, therefore, I can’t wait to finally finish the novel and see how Matt Damon brings this strong and witty character to life! Also, I’m eager to see how his supporting cast of Jessica Chastain, Chiwetel Ejofor, and Jeff Daniels perform in the crucial roles of Commander Lewis, Vincent Kapoor, and Teddy Sanders.

Sicario was featured in last month’s “In Theatres” post, as it was originally set to be released in late-September. However, it was later bumped to release on Friday October 2nd. As a result, I have already seen it and am once again going to say GO SEE IT! Check out the “Film In Review: Sicario” post if you want to learn more about this excellent crime-thriller, and why you should 100% go and buy yourself a ticket.

If The Martian or Sicario are not exactly what you’re looking for this month, no problem just check the list below for a few extra films hitting theatres this October. 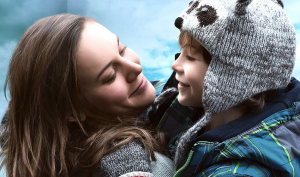